Recipients of the International Bluegrass Music Association's Distinguished Achievement Award, the McLain Family Band has become internationally known as one of the most spontaneous, creative and spirited groups performing original and traditional bluegrass music.

Since 1968, the McLain Family Band has performed in 64 countries and all 50 states. They have appeared at Carnegie Hall, the Metropolitan Museum of Art, the Kennedy Center, the Lincoln Center and the Grand Ole Opry. 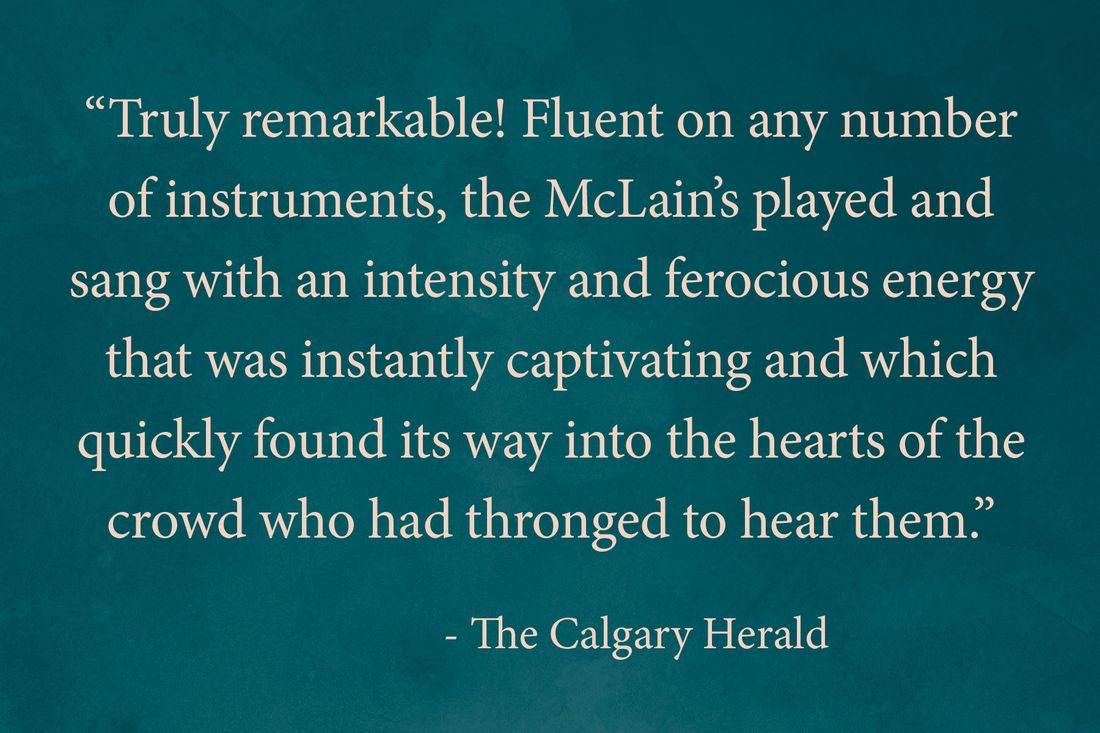